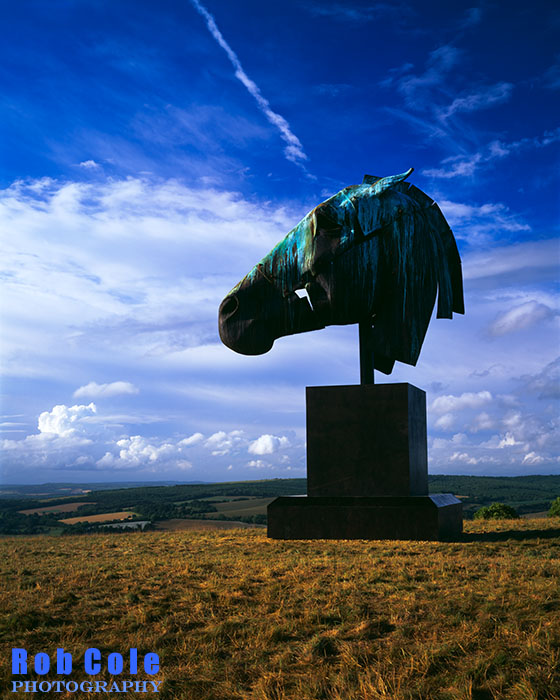 This magnificent colossal sculpture was inspired by a greek horse head on the Elgin marbles taken from the Parthenon, which currently reside in the British Museum.

This photo was taken shortly after a summer thunderstorm which gave a dramatic sky as the low evening sunlight picks out the contours of the sculpture.

Shortly after this image was taken, the sculpture was relocated to the adjacent Goodwood racecourse. Later, it was purchased by the widow of an Australian media magnate and now resides on the family estate in New South Wales.